Successful learning with a fun factor

"Man only plays when in the full meaning of the word he is a man, and he is only completely a man when he plays."
Friedrich Schiller, 1795

Whether in the classroom or as part of vocational training – digital, game-based learning allows for subject matter to be seamlessly interwoven with game worlds. Learning in dynamic game scenarios helps us – and our children – find our way in an increasingly complex (digital) world. Meaning that, in addition to educational and learning content, the much touted media literacy is also taught.

Problem solving instead of cramming

Unlike conventional e-learning software, which often rely on methods such as multiple-choice questions, game-based learning (GBL) is built around a fully-fledged computer game with sophisticated gameplay and exciting stories. Progressing through GBL games requires the acquisition of knowledge and skills. The goal is that the learning content doesn't feel shoe-horned in or intrusive, especially for young players, but that it arises organically from the subject matter or the mechanics of the game.

Modern teaching and knowledge transfer is not only concerned with cramming "knowledge", but places emphasis on the acquisition of skills for creative problem solving. In GBL games, you do not solve tasks simply through the rigid regurgitation of facts you have learned, but through the active understanding, appropriation and creative application of knowledge in a situational context.
Let's take the example of the Viking adventure ISUNGUR for schoolchildren: In this game, the player is confronted with quests in which, among other things, they collects tools for a medieval sea voyage. They need to engage actively with the subject matter in order to progress: understanding therefore forms the foundation of the game mechanics.

Change of perspective as a learning experience

Another component that makes GBL so extremely valuable educationally, is the opportunity to put oneself in the place of the characters and in foreign worlds. While children's cognitive intelligence is often only challenged one-sidedly with pure e-learning applications, GBL games also train their emotional intelligence and empathic capabilities by placing them in alien environments where they have to make complex decisions in action situations.

In ISUNGUR players assume the role of a young Viking man or woman and must go about daily life in a Viking village around 1000 A.D. The environment and culture of this historical era, simulated authentically in the game, is fundamentally different from their familiar surroundings. The interactive characters, such as a farmer and blacksmith, with whom the player must interact, therefore have strange idiosyncrasies and needs. Only through a successful change of perspective can the children solve the tasks. GBL games therefore make it possible to live and understand historical periods in the game – instead of just learning about them.

Kindling the joy and desire to learn

In fact, in addition to the concrete subject matter, GBL games also impart a joy in learning, meaning taking pleasure in the process of understanding new things – whether that's tricky puzzles or cultural events. The “aha!” moments themselves motivate the player to continue. The enormous potential of GBL games therefore also lies in conveying enthusiasm, confidence and the joy of mastering challenges independently while learning. This forms a solid foundation for a trajectory of lifelong learning, which already features as one of the demands of the professional, working world.

With ISUNGUR, a system architecture has been created which, with a minimum of effort, allows the didactic game mechanics to be transferred to completely different scenarios and subject areas. The form of a point & click adventure with mini-games is versatile in its application and lends itself especially well to telling stories by means of a player character. An obvious option is to adapt existing characters or story worlds for a GBL game. Very topical subjects and current issues can also be addressed well: in a civic education game with immigration and integration as the thematic focus, the young daughter of a refugee family could perhaps be the main protagonist, whose role the players assume.

We're already looking forward to hearing your ideas and content: SIRUP is here to support you in the conception of your game-based learning content, both in an advisory and conceptual role, and also offers the technical know-how to develop web and app-based games. 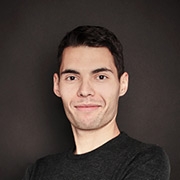 Save your Viking village!

We live in a transmedia world